The Capitoline Museums, also called "Musei Capitolini" are a number of museums located in Piazza del Campidoglio in Rome with a large collection of statues, paintings and objects from the history of Rome.

The Capitoline Museums of Rome, also called 'Musei Capitolini' are a number of museums located in Piazza del Campidoglio (designed by Michelangelo) in the buildings of the Palazzo dei Conservatori and Palazzo Nuevo. Both buildings are connected underground with a corridor. As the name of the museum indicates, this museum is located on the Capitoline Hill, one of the seven hills of Rome. The founding of the Capitoline Museums can be traced back to 1471, when Pope Sixtus IV donated a group of bronze statues of great symbolic value to the People of Rome. The collections of statues, paintings and other objects are closely linked to the city of Rome and most of the exhibits come from the city itself.

In the Palazzo dei Conservatori you can find a number of well-known statues, including the symbol of Rome; the she-wolf suckling the twins Romulus and Remus. The Palazzo has a beautiful courtyard with monumental statues such as remains of the statue of Emperor Constantine. Another masterpiece is the equestrian statue of Marcus Aurelius. You will also find a collection of masterpieces by Caravaggio, Titiaan, Rubens and Van Dyck on the second floor in the Pinacotheek. Another well-known statue from the first century is "Lo Spinario", a bronze statue of a naked boy taking a thorn out of his foot. 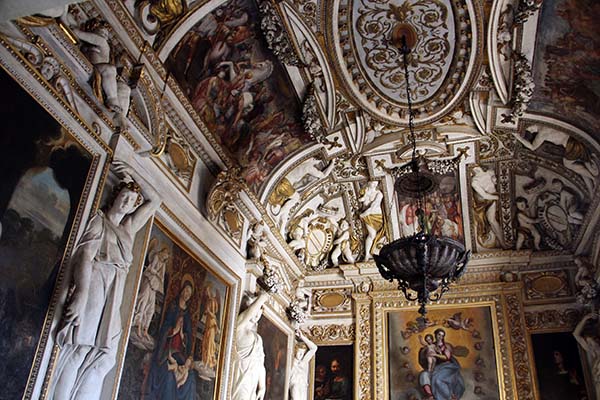 The Musei Capitolini in Rome 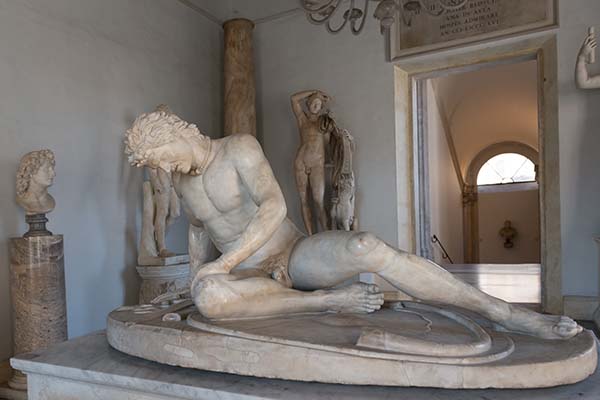 The statue of the Dying Gaul in the Capitoline Museum

In this building you will mainly find classical sculptures, such as the statue of the Dying Gaul, the Venus Capitolina and the sculpture group of Amor and Psyche. You will also find many other images of Roman voters and philosophers.

A large part of the collection of the Capitoline museums is now housed in an old power station, the "Centrale Montemartini" located on Via Ostiense. The building has become a special combination of old machines surrounded by marble statues. However, this building is a fair distance from the city center, making it less obvious to visit this area during your city trip of Rome.

Where are the Capitoline museums in Rome?