One of the darkest and most bizarre places to visit in Rome is the Carcere Mamertino, or the Mamertine prison where Peter is said to have been imprisoned.

One of the darkest and most bizarre places to visit in Rome is the Carcere Mamertino, or the Mamertine prison. This was the old prison of Rome and was next to the Roman Forum.

Mamertine prison of Peter and Paul

According to legend, the apostles Peter and Paul were also imprisoned in this prison, although there is no real evidence for this. From this prison they started their journey to martyrdom: Peter towards the Circus of Nero, near the Vatican, and Paul towards the Aquae Salviae. In memory, a small altar has been placed in the Carcer to commemorate Peter (St. Peter). 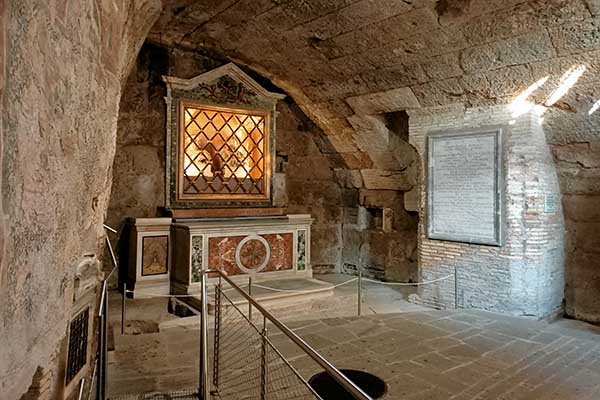 The altar in memory of Saint Peter in the Carcer 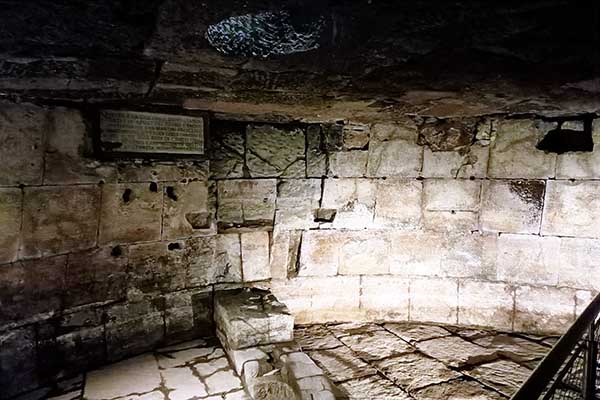 The Tullianum of the Mamertine prison

Originally the complex was much larger, but now only two cells and part of the facade remain. The cell consisted of an upper section (Carcer) and a lower section (Tullianum). The Tullianum was probably built in the 3rd century BC and was connected to the Carcer with a hole. The Tullianum was used as a death row. Prisoners were let down through the hole in the ceiling and executed on this death row. In the end, the bodies were transported via the Tiber River.

The prison was in use until the 4th century and in the 16th century the church of San Giuseppe dei Falegnami was built on top of the Mamertine prison. The name Mamertine is probably derived from the Latin "Mamertinus", referring to the god of war Mars and his nearby altar.

The Mamertine prison is easy to visit when you leave the Forum Romanum at the back. Keep in mind that the attraction as a building itself is not much, but that it is mainly the dark history that attracts the visitors.

Where is Carcere Mamertino located in Rome?