The Via Appia Antica, or Roman Appian Way is one of the oldest roads of Rome and served as an important access road into the city. There are many catacombs around the Via Appia.

The oldest road of Rome 'Via Appia Antica'

The Via Appia Antica or Appian Way is one of the oldest roads of Rome and served as an important access road into the city. Originally, the road ran all the way to Brundisium, present-day Brindisi in the heel of Italy. The cobbled road was named after consul Appius Claudius Caecus who commissioned its construction in 312 BCE. The main goal back then was to move troops more quickly during the Second Samnite War, but also to facilitate day-to-day transport of goods between Rome and Campania.

The paved stone road is nicknamed ‘regina viarium’; queen of the roads. That is because of how important the road was, but also because of the beauty of the landscape the Via Appia traverses. Part of the road (starting at the Cecelia Metella funerary monument) still has the old paving stones that clearly show the wear of the carriage tracks. The Via Appia Antica has an almost romantic feel with the green cypresses and many ruins that line the cobblestone way. 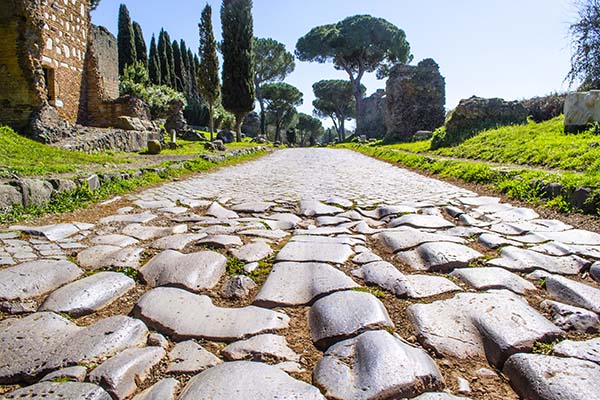 Via Appia, the oldest Roman road in Rome 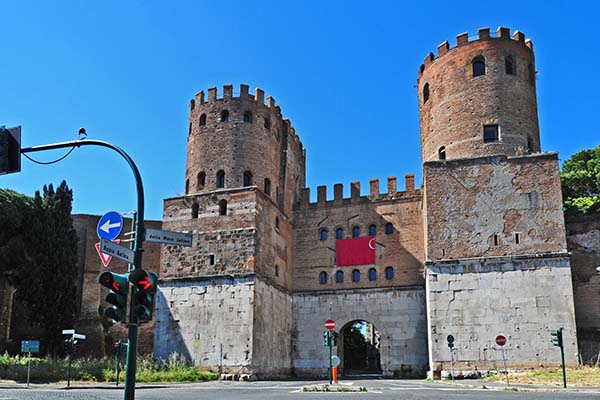 Start of Via Appia at Porta San Sebastiano

During a trip along the Appia Way, you can come across the following interesting sights: 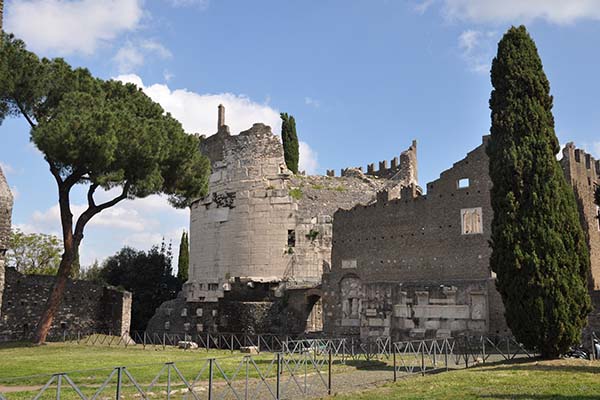 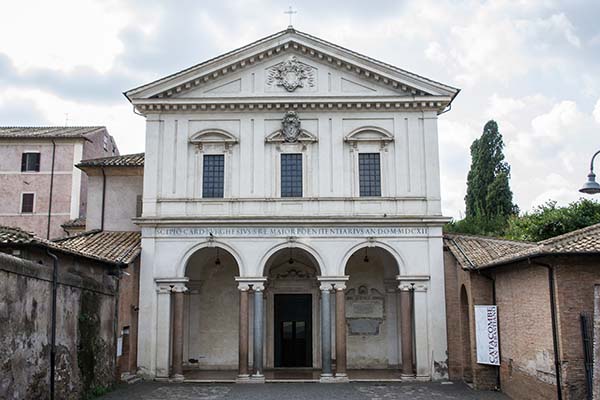 Visit the Via Appia Antica?

As the interesting part of the Via Appia or Appian Way stretches many kilometres, hiking is perhaps not the best way to explore the road. We recommend taking a guided tour by bicycle. You can book a Via Appia Tour Here that takes you past all the highlights of the Appian Way in a three-hour guided tour.

Video: Via Appia from the sky

Where is the Appian Way located in Rome?

The starting point for a visit to Via Appia is the Porta San Sebastiano. From here you travel further and further from the center of Rome.