The Mercati di Traiano, or Trajan's market, is a complex and ruin from the period of the Emperor Trajan and now houses the Museum of the Imperial Forums.

The 'Mercati di Traiano', or Markets of Trajan, form a semicircular complex of more than 150 shops and offices built in the period of Emperor Trajan (100 - 112 AD), located next to the Trajan Forum of the same name. The markets are located on the slope of the Quirinal Hill in Rome and the complex consisted of five floors, where horticultural products, spices, oil and wine were traded.

Later the complex had various functions. It was part of the fortifications in the 13th century. For example, behind the complex there is still a square tower (Torre dei Milizie) as part of this. Then, in the 16th century, a monastery was built on the remains of Trajan's Market. When the monastery was demolished in the early 20th century, the remains of the market became visible again. 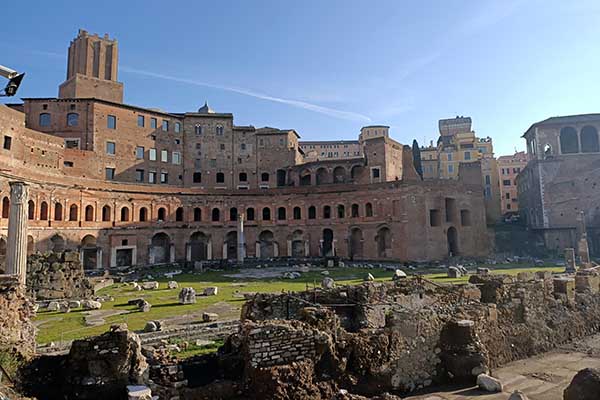 The market of Trajan 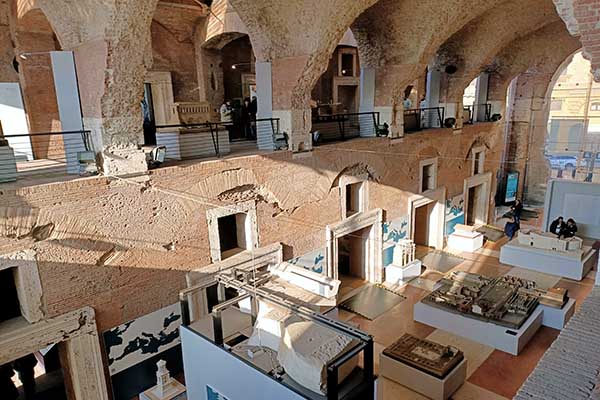 The Museum of the Imperial Forums in Mercati di Traiano

Museum of the Imperial Forums

The complex has been extensively restored in recent years and since 2007 houses the ‘Museo dei Fori Imperali’, or the Museum of the Imperial Forums. In this museum you can see sculptures, background information and reconstructions of the imperial forums (Forum of Augustus, Forum of Caesar, Forum of Nerva, Forum of Trajan and the Temple of Peace). You also have a beautiful view from the panoramic terraces on the Forum of Trajan. The Markets of Trajan are therefore interesting sights to learn about the forums in Roman times.

Where are the Markets of Trajan?