A very special, but also sinister place in Rome is the Capuchin crypt (Santa Maria della Concezione dei Cappuccini). The crypts are famous for the chapels full of bones and skulls.

The crypt of the Capuchins

A very special, but also sinister place in Rome is the crypt of the Capuchin. The Capuchins separated from the Franciscans in 1525 to live the spirit of Saint Francis in a more authentic way and wanted to go back to basics. They wore sandals without socks and a tunic with a hood to cover their heads. The name of the capuchins is derived from this cap.

This crypt of the "Santa Maria della Concezione dei Cappuccini" (Our Lady of the Conception of the Capuchins) was built between 1626 and 1631 by order of Pope Urban VIII, since his brother Antonio Barberini was a Capuchin brother. As a Cardinal, Barberini had the remains of thousands of Capuchins excavated at the Via dei Lucchesi Monastery and had their bones placed along the walls of the crypt like works of art and symbols. After that, the brothers also began to make their own bodies availabl. The crypt now houses the remains of about 3,600 brothers buried between 1500 and 1870.

Visit the crypt of the Capuchins?

You start your visit first with the museum of the crypt of the Capuchins. Here you will learn more about the history of the Capuchins and the crypts. This museum includes a work by Caravaggio on which Saint Francis is painted. Then you will visit the crypt; this moderately lit crypt consists of five chapels, each of which is decorated with bones, skulls and sometimes even complete skeletons and one boneless chapel with the altar. You finish the tour in the last chapel with the special message ‘Quello che voi siete noi eravamo, quello che noi siamo voi sarete’ (translated “Exactly what you are now, we once were, what we are now will become you. Afterwards you can also visit the associated church 'Santa Maria della Concezione dei Cappuccini'. 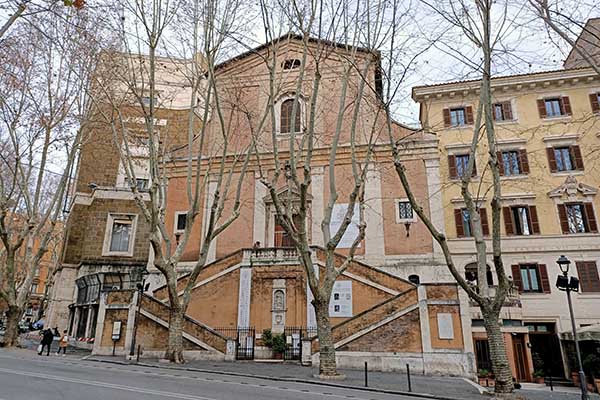 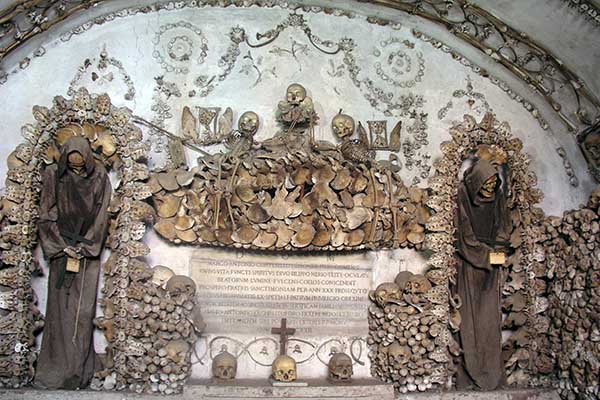 One of the five Capuchin crypts (CC Wikipedia.org Dnalor 01)

Where is the Capuchin crypt in Rome?