The Piazza Venezia square has the white and colossal monument of Vittorio Emanuele II, also known as the Altara della Patria (altar of the fatherland), the typewriter and the Wedding Cake building of Rome.

Next to the Piazzi Venezia square there is the remarkable white monument honouring Italy's first king Vittorio Emanuele II. Italians also call the Monument of Victor Emanuel II ‘Il Vittoriano’ and ‘Altara della Patria’, or altar of the fatherland. The monument commemorates the unification of Italy in 1861 and the first king of Italy, Victor Emmanuel II. Although this monument was built in his honour, he is not buried there. Instead, he is buried in the Pantheon.

The impressive building was built between 1895 and 1911 on top of Palatine Hill and was designed by Giuseppe Sacconi. The Altare della Patria contains a lot of white marble from the region of Brescia. Because of how large it is (135 metres wide and 70 metres high) the building was also given several nicknames, ranging from the wedding cake, the dentures, to the typewriter. 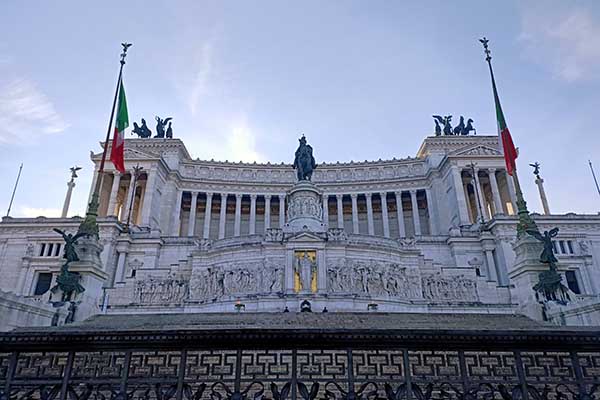 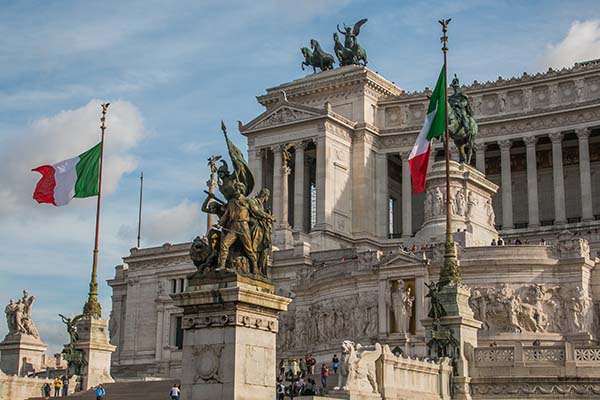 Sights on and around the monument

Some of the sights on and around the Victor Emmanuele monument are: 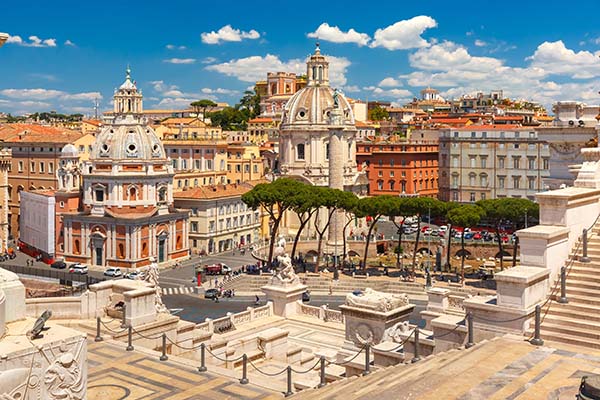 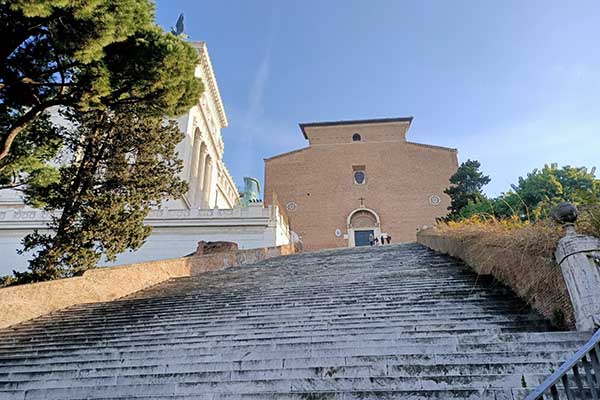 The church that lies behind the Victora Emmanuel monument

Where is the Victor Emmanuel Monument in Rome?

The monument is located between Piazza Venezia square and Capitoline Hill. Other places of interest that you will find near this monument are the Forum of Trajan with the large and very detailed column of Trajan. Next to this forum are Trajan's market and you can visit Domus Romane, the excavations of ancient Roman houses.