Domus Aurea is the 'Golden House' of Emperor Nero in Rome. After a major fire in 64 AD. Nero built this impressive palace complex, which you can now visit with a VR tour.

After a major fire in Rome in 64 AD, Emperor Nero had the huge palace complex Domus Aurea ("Golden House") built in Rome. There are even rumors that Nero would have started this fire himself to create space for his palace. The 80-hectare complex with more than 150 rooms was the most striking and most expensive palace in Rome, with lots of marble, ivory and gold leaf walls. From the Roman Forum, the palace had an impressive entrance with a colonnade and a 35-meter-high statue of Nero himself at the time. 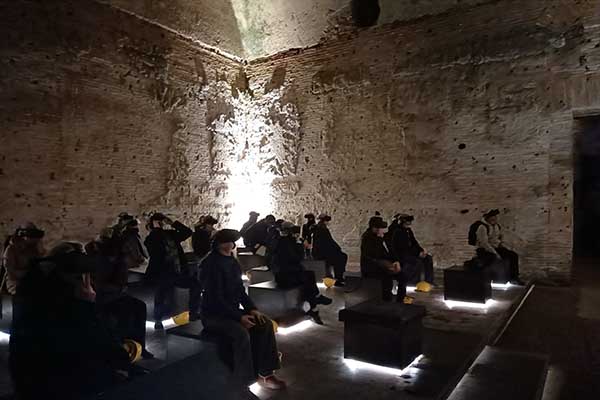 With VR glasses you go back in history

Nero committed suicide in A.D. 68, so he never had the chance to experience the completion of the palace. His later successor Otho took care of the further completion. Since emperor Nero was not particularly loved by the people, later emperors Domus Aurea partly demolished again to erase the memories of Nero and built other buildings on top, such as the Baths of Trajan. The gardens were surrounded by large gardens and a landscaped lake; the Colosseum was later built in this lake.

Around the 15th century, old works of art were again searched, including the well-known Laocoön group that can now be found in the Vatican museums. Domus Aurea could not be visited for years due to security, but since 2014 part of the rooms and frescoes can be seen again.

Visiting Domus Aurea is only possible in small groups with a guide. The coolest thing about this tour is that you get to see what the palace of Nero used to look like with VR glasses. The tour is only possible during the weekend, because during the week a lot of work is being done on the restoration of Domus Aurea. Online reservations are required and can be done easily via this website. 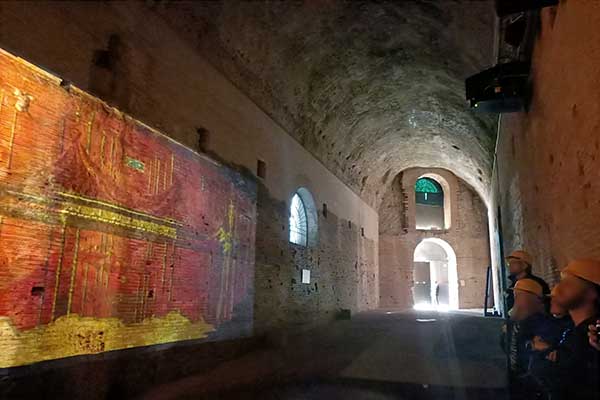 Where is Domus Aurea in Rome?

Our readers say
4.8 (95.28%) 14 reviews
May 10, 2022 Andrew: "We had a fantastic holiday in Rome Italy because of the interesting tips for sightseeing and activities in Rome."
Top 20 Attractions
Colosseum
St. Peter's Basilica
Sistine Chapel
Roman Forum
Pantheon
Transport in Rome
Vatican Museums
Galleria Borghese