Around the oval Piazza del Popolo, one of Rome's most famous squares, are many interesting sights, such as the twin churches, the obelisk and the city gate.

Piazza del Popolo is a very well-known square in Rome. In Italian the name means ‘People's Square’, but the name is actually derived from the poplars that surrounded the oval square. The original function of the neo-classical square, which was designed between 1811 and 1822, was welcoming visitors and pilgrims who entered Rome from the north over the Via Flaminia. 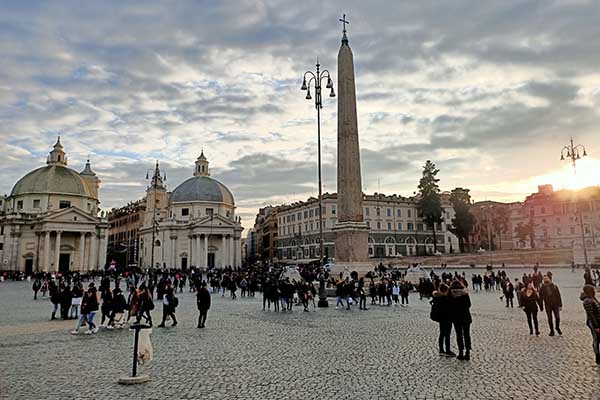 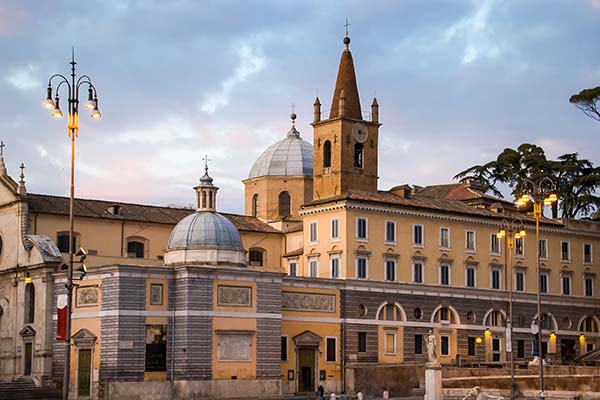 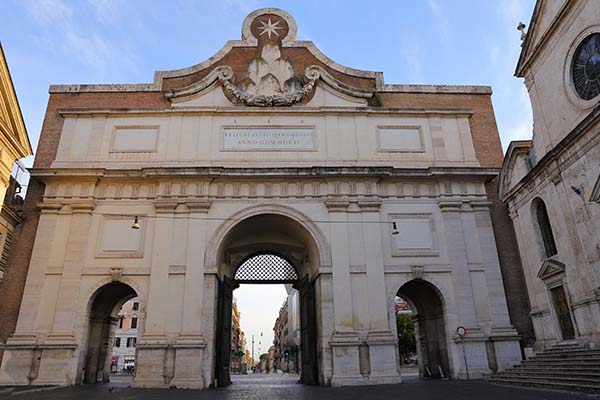 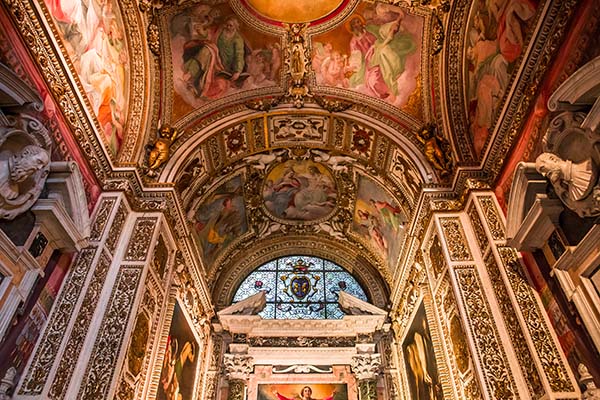 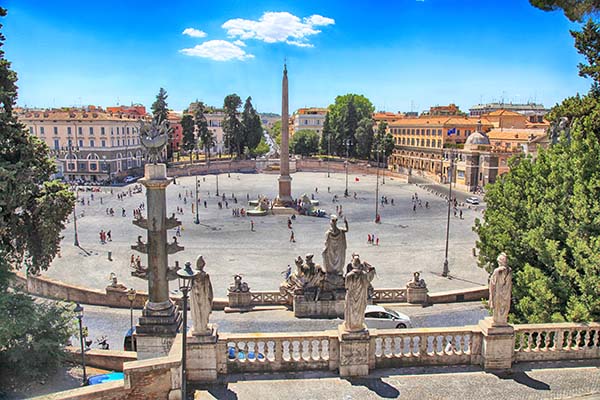 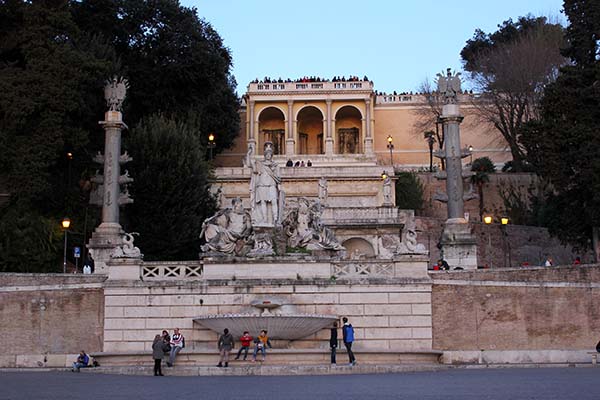 Terrace on the Pincio hill

Where is Piazza del Popolo in Rome, Italy?