The Museo Nazionale Romano are the four archaeological museums of Rome, spread across Palazzo Massimo, the Baths of Diocleziano, Palazzo Altemps and Crypta Balbi.

The Museo Nazionale Romano was founded in 1889 as the archaeological museum of Rome. The first location of this museum was in the monastery complex "Santa Maria degli Angeli" located on the complex of the Baths of Diocleziano. As the collection outgrew the museum, three locations were added to display the collection, namely Palazzo Massimo alle Terme, Palazzo Altemps and Crypta Balbi.

In this 19th century building of Palazzo Massimo alle Terme you will find four floors of ancient art from the 2nd century BC. until the 5th century AD. Floors 0 and 1 mainly show Roman sculptures, in the basement you will find a large collection of Roman coins and floor 2 is the most beautiful with old pieces and beautiful mosaics. You will find the most important works of the Museo Nazionale Romano in this Palazzo Massimo (Address: Largo di Villa Peretti, 2) 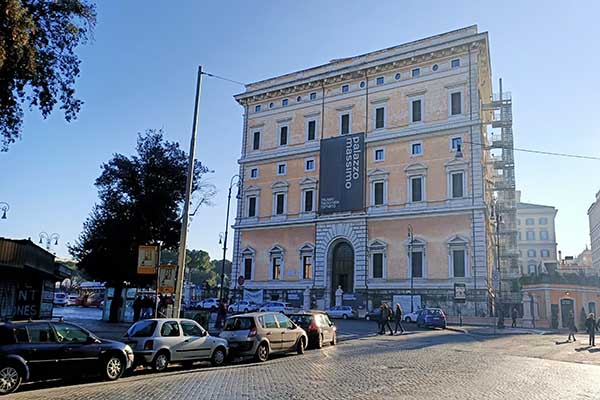 Between 292 and 306 AD. the Baths of Diocletian were built. In the 16th century, a church and monastery complex was built in a part of the thermal baths. The collection mainly consists of many marble and bronze statues. You can also view part of the grounds of the largest thermal baths from the Roman period. The main cloister was designed by Michelangelo and the gallery had sides of 100 meters with 100 columns each (Address: Via delle Terme di Diocleziano). 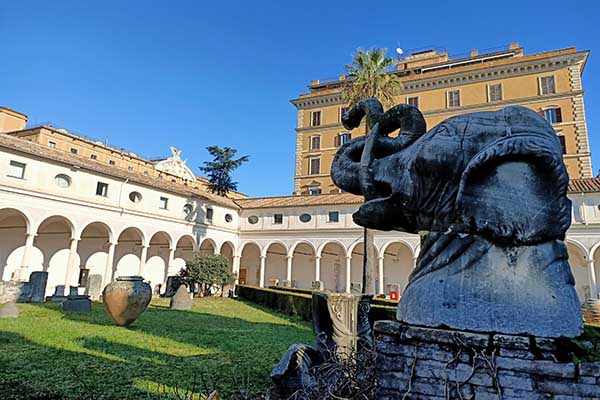 The cloister of the museum 'Terme di Diocleziano' 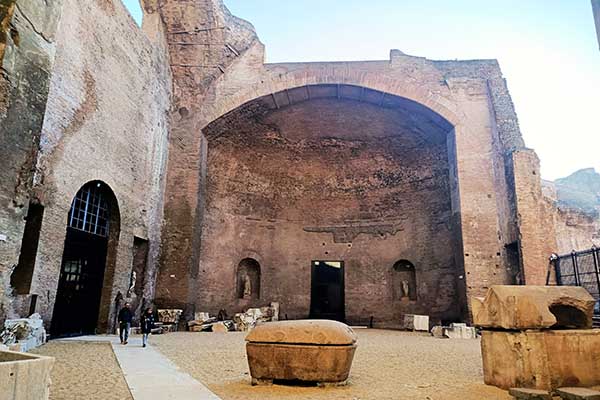 Palazzo Altemps, not far from Piazza Navona, houses works from famous collections of ancient sculptures belonging to families of the Roman nobility. The palace was named after Cardinal Marcus Sitticus Altemps who owned this building. Some of the original Altemps collection (16 images) can still be admired (some have moved to the Vatican). The museum also contains the collection of the Ludovisi-Boncompagni family, the Mattei collection and an Egyptian collection. The statues are arranged in this palace in a typical 17th century manner (Address: Piazza Sant'Apollinare 46-48). 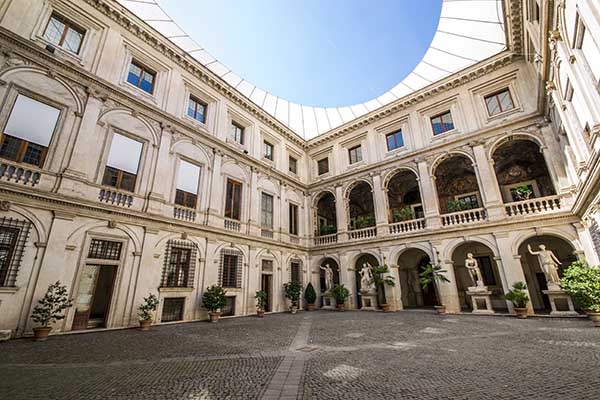 Palazzo Altemps, one of the four Museo Nazionale Romano

The site of Crypta Balbi used to be the theater of Balbus (13 BC) that at the time was on the field of Mars. This museum contains finds that have been excavated at this archaeological site. In addition, the museum has an exhibition about Rome between the 5th and early Middle Ages (Address: Via delle Botteghe Oscure, 31).

Where is Palazzo Massimo al Terme in Rome?