Would you like to visit the Circus Maximus, the former chariot-racing stadium and mass entertainment venue in Rome? All information about the remains of Circo Massimo.

Circus Maximus was the largest chariot stadium in ancient Rome. The 600 meter long stadium was located between the Palatine and Aventine hill and could accommodate as many as 150,000 spectators. The first construction of Circus Maximus dates back to the 6th century BC, after which several emperors had the stadium expanded or rebuilt after major fires.

Little is left of the old stadium; you will find a large field in which the shape is still recognizable and a few small ruins. The Circus Maximus was in use until 549 AD. After the decay, the stands were demolished, so that the stones could be used for new churches and palaces. In the 20th century, the site was already full of many industrial buildings, but Mussolini demolished them again because he wanted to use the site for large public events.

For many tourists, Circus Maximus is not spectacular to visit, but if you are close by it is a historic place where you can get an impression (with some imagination) of the huge Circus Maximus (it was much larger than the Colosseum). Now there is only a small part of the southeast stand left, a few arcades and the contours are clearly visible on the large grassy area. The two large obelisks that used to be on the site have been moved; Augustus' obelisk now stands in Piazza del Popolo and that of Constans II next to the Basilica of St John Lateran.

Various activities took place in the Circus Maximus stadium at the time, the most famous being the horse drawn cart competitions. Mostly ridden by slaves who could fight for their freedom by winning the race. Other activities included the simulation of famous battles conducted by young Roman aristocrats, gladiator fights and athletic competitions. 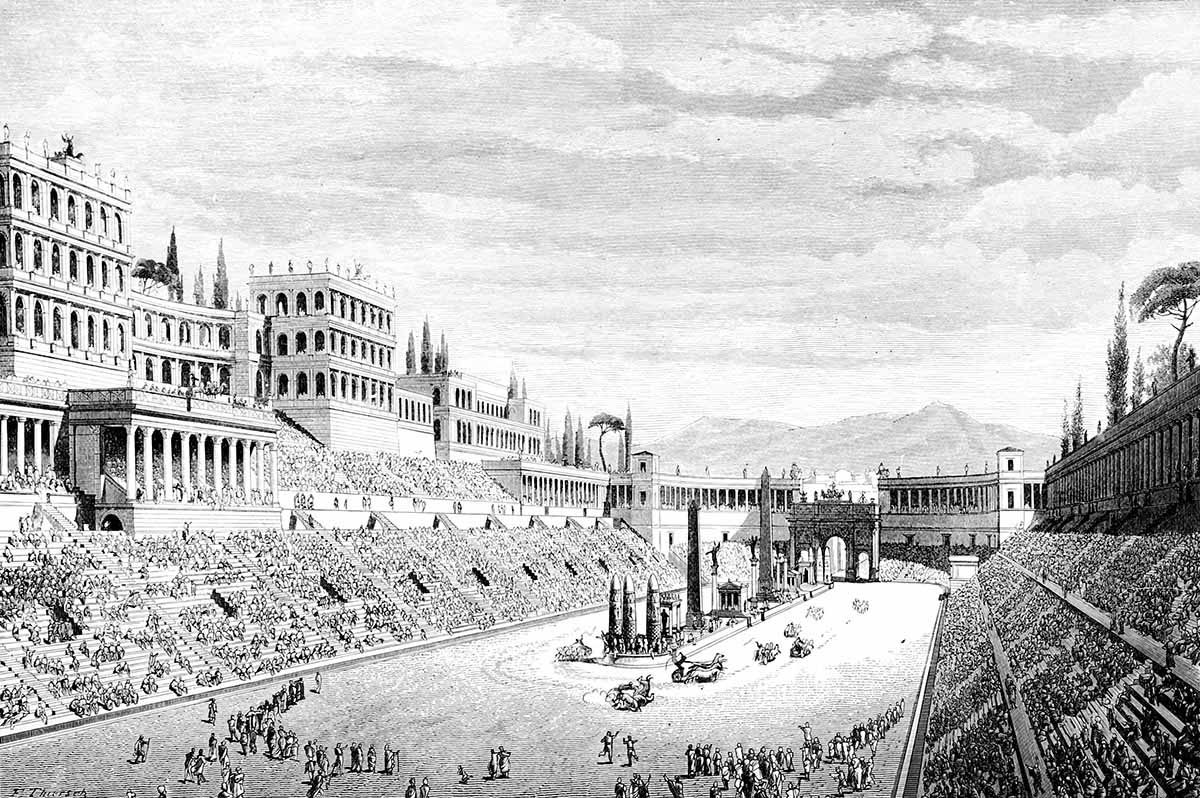 Circus Maximus in the past

Where is Circus Maximus in Rome?